Our store has moved to here: Dance, Fitness and Sports Video and DVD Store 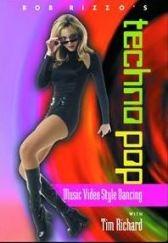 Featured as an Editors pick in OK MAGAZINE First For Celebrity News! Learn the fierce moves that are found in Music Videos today! Choreographer Tim Richard teaches a short warm-up, funky video combos, and a hot "Techno Pop" routine. Dance like the pros on MTV and take it to the clubs. Funky instruction from beginning to end, let Tim Richard show you how you can dance like the stars.

Special Bonus - "Dancing in Music Videos"! Tim gives you the inside scoop on preparing for and making it big as a dancer in Music Videos. Learn what it takes, how you get there, auditioning and the actual process of making a Music Video!

This CD contains the music for Gregg’s routines on the videos of Ultimate Hip Hop, Tap Remixed and Hip Hop Fuzion (above). (2004)

This program presents FOUR new body slammin' combos taught by Janet Roston who provides cues and insight into getting that hip-hop style. The First - a fast-paced combo with loads of pumpin' moves and quick-sly sequences that are fierce and tight. The Second - in a pop-group mode. Fun, funky, and flirty with a street-smart attitude. The Third & Fourth - props! One sequence with a CANE is rhythmic and stylin'. The other uses a CHAIR for a sexy sequence that moves and grooves. Put both prop combos together for high-powered choreography.