Steppin' origins started in the 1930s around the same time of World War II, originally as the Jitterbug. 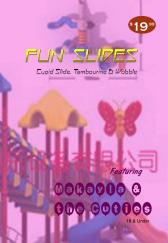 Featuring Makayla Elmore, Emiya Smith, and Skylar Funches. These beautiful young girls are excited about teaching you the most current slides for children.

They are smart with a unique flair of their own. Their goal is to spread some excitement and fun through dance. These junior dancers love what they do so join them and share the fun, excitement and exercise, and learn all the newest slides.

Remember, this is one of the easiest ways to stay healthy.

Includes the Cupid Slide, the Tambourine, and the Wobble. Enjoy this video with the entire family. Happy dancing! 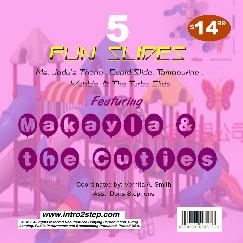 This CD contains music for the Fun Slides: 16 and Under DVD. Pop it in your CD player and let the fun begin. 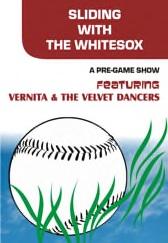 Join Vernita & The Velvet Dancers live at US Cellular Field for the pre-game show for Chicago White Sox vs. Baltimore Orioles. 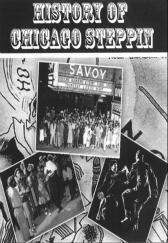 This DVD documentary will explore the origins of Chicago Steppin' as we know it today.

The materials will show how the soulful music rhythms of the "Motown Sound" during the Vietnam War, as well as the Civil Rights Movement of the 60's changed the way we danced.

Steppers will appreciate how we have filled in the gaps between the dance styles that were more acrobatic as exampled by the Charleston, Lindy Hop and Jitterbug. Through rare film footage we have directly connected how all of the above mentioned dances and social ingredients produced a cooler, more sensually styled dance genre entitled Chicago Steppin'. 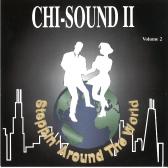 Once rare and hard to find, this is one of the first cd's that was produced specifically for Chicago Steppers. You will hear some of the best steppers artists out of Chicago perform new tracks that had Chicago steppers going crazy.

This is one great steppers music cd. Be one of the first to introduce this cd to steppers in your city. This CD contains music for the Chi Sound II - Steppin' and Hand Dancing DVD. 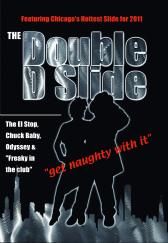 Chicago's hottest slide for 2011 featuring The El Stop (a.k.a. The Herb Kent Slide), Chuck Baby, The Odyssey and Freaky In The Club. Get naughty with it! 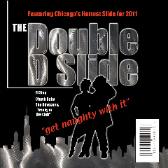 This CD contains music for the Double D Slide DVD, Chicago's hottest slide for 2011, which features The El Stop (a.k.a. The Herb Kent Slide), Chuck Baby, The Odyssey and Freaky In The Club. Get naughty with it! 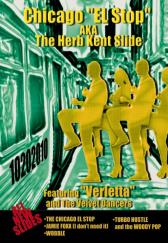 One of the more contemporary videos from the Chicago Steppers scene.

This hot new slide dance instructional DVD from Chicago includes the new "El Stop", a take off from the "Bus Stop" which replaced the "Electric Slide". A family dance that will have grandma on the floor again.

Another dance that will excite the hip-hop generation is called the "Wobble". This is the slide to beat to in 2010. Also includes the Jaime Fox, Turbo and the Woody Pop.

This DVD is more upbeat and includes full body-styled moves. Great for the abs! 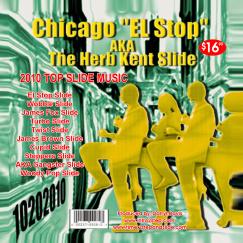 Gone are the classic moves from the soul oldies years, and gone are even the very mellow, very slow steps from the 90s -- and in their place are some more upbeat, full body-styled moves -- showing a definite influence from the hip hop generation. 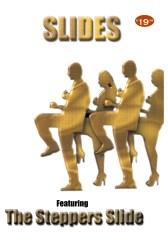 Back in 2002, The Majestic Slide was the first slide dance to emerge since Charlie Green's "Bus Stop". Then came Casper "Mr. C" the slide man "Cha Cha Slide" that took the slide dances to new heights. Since then, hundreds of slides have emerged.

On this DVD are the slides that will stay for years to come. Also this DVD will give two instructions and one demonstration of each dance, because repetition is the best way to learn the slide dance. The Cupid, Twist, Majestic, Gangsta and the new James Brown slide are all on this one DVD. 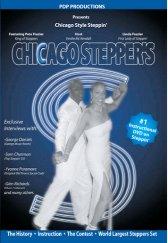 Chicago Steppin'
DVD - $24.95 $19.99
Steppin' origins started in the 1930s around the same time of World War II, originally as the "Jitterbug". Another more familiar dance that also has its roots in the Jitterbug is now called "Swing Dancing".

In the 60s, when Chicago took the Jitterbug to a different level, it evolved into "Boppin"; Boppin' then evolved into Steppin' and is still evolving today. Steppin' is a lot smoother than Boppin' and is composed of 10% technique and 90% style. It's the style element that makes this such an addictive dance.

"Steppin' is a way of life. Steppin' makes people from all over the country come to Chicago just to see this phenomena first hand. Although Steppin' is nationally known, it is native to Chicago. Steppin' is not just a dance, it's the music, the moves, the clothes, the mood. Steppin' is an art form that stirs the soul ... it's a rhythm as unique as the dance itself with smooth steps and even smoother turns." - Emilie McKendall (famous Chicago Disc Jockey).

Steppin' is here to stay! So if you’re ready, here's your opportunity to learn the technique and add your unique style to this dance that is shared by old and young alike.

Chicago Steppers producer Darryl Davis along with the producers from New York, the camp that brought you Marvin Gaye's Remix, now has this wonderful product that has nothing but new music to step to.

Tracks include: Dance the Night Away, Step it up, Loves Gonna Last w/ Dance Master's Clap, This is a Party, Get Up, Steppers Paradise, Windy City, I Feel Like Steppin', Love Jacked and Double Down.

Chicago Steppers - The Next Level DVD

I would like to thank all who purchased the Chicago Steppers Instructional DVD. We taught how to start the dance, the six count and three basic turns.

Now let's take it to "The Next Level". On this DVD we will teach you fancy footwork and turns and will introduce you to the 50 Yard Line, Taste Entertainment Center and some of Chicago's finest stores for steppin' fashions. In order to take the next step, this is a must have video.

The best steppers CD of the year. The Next Level soundtrack features four new songs from Marzette Griffith.

Marzette is a favorite on the steppin' scene, not only because of his smooth and soulful vocal talent, but also because of his ability to move the crowd with his fancy footwork. He was the first champion of the World's Largest Steppers Contest.

The hit single "Hey DJ" is one of the most sought after steppers song this year. The sound track features Bobby Hutton, Brian Henly, Ray Silkman and the song Windy City from the Official Steppers Music CD.

This DVD is a sampling of some of the best Steppers from Flint, Michigan, Cleveland, Ohio, Las Vegas, Los Angeles, Atlanta, North Carolina, St. Louis, Philadelphia and the list goes on and on.

This program will bring you in touch with the birthplace of Steppin' ... Chicago. There are performances by people who have all levels of Steppin' skill, from one year to seasoned Steppers who consider Steppin' a way of life, and a new addition to this dance genre involving trio synchronized Steppin'. Let us not forget Tie Skippy who showed-off fancy footwork that looked like he was on ice or roller skates.