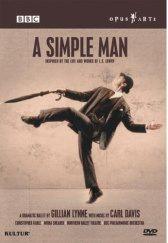 A dramatic ballet by Gillian Lynne with music by Carl Davis.

Commissioned to celebrate the centenary of the birth of the painter L.S. Lowry in 1987, this BAFTA award-winning dramatic ballet celebrates the life and work of a unique artist. Created by Gillian Lynne in collaboration with the composer Carl Davis this memorable production, filmed in 1987, is performed by the Northern Ballet Theatre, led by ex-Royal Ballet stars Christopher Gable and Moira Shearer.

Remastered for DVD, with the addition of recent interviews with Lynne and Davis, it gives a fascinating insight into the creation of an inspirational work in the history of dance, which remains as fresh as ever. 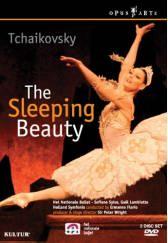 Tchaikovsky and Petipa's timeless ballet - acknowledged as the most pure and demanding piece in the classic romantic repertoire - is a stunning example of the sparkling virtuosity of Petipa's rich dance vocabulary.

Recorded at Het Muziektheater in Amsterdam with Het Nationale Ballet (The Dutch National Ballet) in 2003, this version was created in 1981 by the English choreographer Sir Peter Wright, whose sensitive staging closely reflects Marius Petipa's original work.

In 1989 the ballet was adapted for Het Muziektheater's larger stage. Philip Prowse's ravishing Baroque sets and costumes add the glamour and grandeur essential to a ballet intended for the court of the Russian Tsar.

"Beauty is a kiss of life … nothing short of a masterpiece … a visually and artistically memorable experience … this Sleeping Beauty could hardly be topped" – The Sun.

This ballet is the magical tale of the beautiful Princess Aurora, condemned to sleep for one hundred years under a spell from the wicked Fairy Carabosse. She is awakened by a kiss from Prince Florimund, and there follows a joyous wedding celebration.

The Kirov Ballet performs this beautiful ballet in this classic color motion picture from 1965. This is based on the original choreography by Marius Petipa starring ballerina Alla Sizova as Princess Aurora.

The Sleeping Beauty remains, as Rudolf Nureyev often called it, the ‘ballet of ballets’. It is the most accomplished and the most brilliant, as well as one of the most spectacular of the 19th century, and the most representative of the ‘noble’ style of classical dancing. Rudolf Nureyev's version, which he created for the Opera Ballet in 1989, was recorded at the Opéra Bastille in 1999, in a new production (sets and costumes) created by his faithful collaborators, Ezio Frigerio and Franca Squarciapino, who had already produced Swan Lake, Romeo and Juliet and La Bayadère. 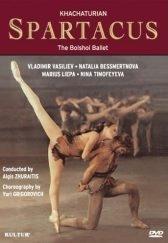 “One of the best dance films ever made” – NY Times.

Spartacus is the Bolshoi doing what the Bolshoi does best: interpreting contemporary works whose thematic origins are classic. Vladimir Vasiliev, “a dancer of unshakable heroic optimism, exceptional virtuosity, and irresistible dynamism” (Horst Koegler), is perfect as Spartacus. Natalia Bessmertnova, one of the Bolshoi’s most lyrical, feminine dancers, is also seen in one of her finest roles.

Anna Kisselgoff, dance critic of The New York Times, writes “Yuri Grigorovich’s Spartacus already familiar to American audiences, comes into its own here as both ballet and film. The inherent cinematic approach in Mr. Grigorovich’s staging of Aram Khachaturian’s score falls perfectly in place … Vladimir Vasiliev, as the slave who leads an unsuccessful revolt against the Romans, dances and acts on a heroic level that is the performance of a lifetime. Marius Liepa matches him on every point magnificently as the villain, the Roman general Crassus, and Natalia Bessmertnova and Nina Timofeyeva round out the ballet’s great original cast. With its phalanxes confronting the camera head-on and its slow-motion shots of Mr. Vasiliev soaring through the sky, the film takes its chances. It is also one of the best dance films ever made.”

"The Australian Ballet production is a Roman epic with many spectacular elements." - The Herald. A powerful and moving work, Spartacus shows episodes from an uprising of slaves in ancient Rome. The dramatic effects of this action are played out by those chiefly concerned: Spartacus, leader of the revolt; his wife Flavia; and Crassus, commander of the Roman army. 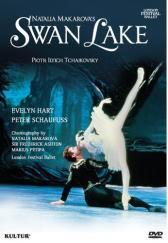 Swan Lake is a bittersweet tale recounting the love of Prince Siegfried for Odette, who, as the result of the evil sorcery of the magician von Rothbart, is transformed into a swan by day, though she is allowed to return to her human form by night. Only absolute fidelity in love can destroy the spell. Von Rothbart is determined that Siegfried will break his oath to Odette by falling in love with the seductive Odile, von Rothbart's own daughter.

The aristocratic beauty of the Bolshoi Ballet brings this acclaimed production of Swan Lake alive with ennobling presence and artistry.

Natalia Bessmertnova is soft and lyrical in the dual role of Odette and Odile; her eminently feminine quality makes her the ideal interpreter of this classic. The elegance and magnetism of Siegfried is masterfully portrayed by Alexander Bogatyrev.

With exquisitely designed sets, and a dance corps whose skill rivals that of the principal ballerinas. This historic production was choreographed by the critically acclaimed master Yuri Grigorvich, with Tchaikovsky’s timeless score performed by the Moscow Symphonic Orchestra under the baton of Algis Zhuraitis.

“… As Odette she is passionate. As Odile she is alluring.” - NY Times. “As a record of a great artist in her prime, this ‘Swan Lake’ is a treasure.” – NY Times.

Swan Lake tells the timeless tale of redemption through love. It is probably the best-known, best-loved of all the classical ballets, and for the prima ballerina who dances the dual role of Odette and Odile, the supreme test of the dancer’s craft. Maya Plisetskaya’s melting lyricism and superlative technique make her one of the greatest exponents of the dual role since the ballet’s first production over a century ago.

Tchaikovsky’s score, the first in his triumvirate of great ballets, is the perfect complement to the imaginative choreography that sets Swan Lake apart from anything that had preceded or has followed it. This production, filmed live at the Bolshoi Theatre, captures a great ballerina in her prime in an eternal classic.

This classic Kirov production of Swan Lake by Oleg Vinogradov includes the familiar happy ending in the final act, where Siegfried fights and ultimately defeats the evil magician, von Rothbart, and at dawn is reunited with Odette.

It is difficult to believe today that Swan Lake was a failure on its first production in 1877 and was not a success until the Petipa/Ivanov version of 1895.

Today it is regarded as one of the greatest works in the art of ballet. The magic of Tchaikovsky’s music, embodying the love of Prince Siegfried for the enchanted Swan Queen has greatly contributed to making this the best loved of all classical ballets.

This production, with designs by the late Leslie Hurry, stars Natalia Makarova as Odette-Odile and Anthony Dowell as Prince Siegfried. Prince Siegfried celebrates his twenty-first birthday; his mother tells him it is time to marry but he prefers to go hunting. Alone, by a lakeside, he sees a swan who turns to human form. She is an enchanted princess who can be saved only by true love. He promises this, but is tricked by the wicked magician who disguises his own daughter as the swan-maiden. In despair, Siegfried and the swan-maiden leap to death together and their sacrifice destroys the evil power.

Regarded as the greatest of all the classical ballets, this spectacular production was filmed live in Russia at the Maryinsky Theater featuring the Kirov Ballet.

Tchaikovsky's score, the first in his trimvirate of ballets, is the perfect compliment to this masterpiece, the greatest romantic ballet of all-time. Prima ballerina Galina Mezentseva gives a memorable in the dual role of Odette/Odile, and Konstatin Zalinsky portrays Prince Siegfried. Choreography by Lev Ivanovich Ivanov and Marius Petipa.

Based on Anton Chekhov’s play, Three Sisters, Kenneth MacMillan’s one-act ballet is unequivocally a masterpiece, revealing as it does the intricate relationship of the characters trapped in the stultifying atmosphere of a Russian provincial town at the turn of the 20th century.

In this studio recording, Darcey Bussell dances the role of Masha, the sister married to a boring, worthy schoolteacher, danced by Anthony Dowell, and drawn into an adulterous affair with Colonel Vershinin, danced with passionate intensity and thrilling virtuosity by Irek Mukhamedov.

This fascinating look at world of international ballet competitions features a young Mikhail Baryshnikov competing and winning in Moscow in 1969.

The Moscow International Competition of Ballet Artists at the Bolshoi Theater attracts young dancers from around the world to compete for gold and silver medals, much like the Olympics. In this acclaimed film of the 1969 Competition, Baryshnikov performs an excerpt from La Bayadere and a solo from an original ballet by Leonid Jakobson entitled Vestris. Also featured in this historic documentary is a young Ludmila Semenyaka performing a scene from Act III of Giselle.

Prima ballerina Zizi Jeanmaire performs the works of world-renowned choreographer/dancer Roland Petit and delivers an emotional and passionate tribute to the acclaimed artist.

This magnificent program contains three dance pieces, shot on film, that showcase the superlative Zizi Jeanmaire along with ballet greats Rudolf Nureyev, Dirk Sanders, and the one and only Roland Petit.

Le Jeune Homme Et La Mort (The Young Man and The Death): Jeanmaire is joined by dance legend Rudolf Nureyev in what has become a cult repertoire ballet - the quintessential result of the prolific reunion between Jean Cocteau and Roland Petit.

Le Croqueuse de Diamants (The Gold Digger): This rare historical ballet marks Roland Petit's foray into the world of musical comedy. Jeanmaire sings and dances in the role of the Gold Digger and is teamed with dance great Dirk Sanders.

Fascinating series which explains the world's favorite ballets with historic clips and interviews with the legends of dance including Rudolf Nureyev, Margo Fonteyn and Natalia Makarova, with the Bolshoi, Kirov and Royal Ballets.