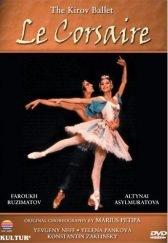 Magnificent scenic effects and dramatic choreography have ensured the popularity of Petipa’s exotic ballet Le Corsaire, a story of pirates and shipwreck, set on the Ionian coast. This production features Altynai Asylmuratova and Faroukh Ruzimatov who give exuberant and extroverted performances. " … the leading dancers were little short of sensational".

The Nederlands Dans Theater is one of Europe’s most exciting ballet companies and many of its recent successes are due to its Choreographer and Artistic Director, Jiri Kylian, whom critics have hailed as a choreographic genius.

This prize-winning recording of Kylian’s version of Maurice Ravel’s L’enfant et les Sortileges is danced to Lorin Mazel’s interpretation of the opera which has a libretto by Colette, who originally devised the scenario as a remarkable combination of poetry, drama, and ballet entitled “A Ballet for my Little Girl”. As he has no daughter himself, Ravel asked for Colette’s permission to change the central character in the story from a girl to a boy.

Filmed in the Soviet Union and never seen before by Western audiences, this extraordinary one-act ballet, Medea, freely interprets the classic drama of Euripides. Through music and dance it reveals the ancient story of a powerful woman's revenge upon her faithless husband and the younger rival who has stolen him away from her.

Written and directed by Georgiy Aleksidze and Elgudja Zhgenti and with a score by Revaz Gabichvadze, Medea is an important discovery that should be in every dance library. 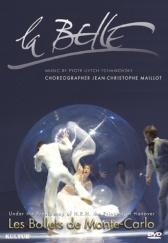 With La Belle, Choreographer Jean-Christophe Maillot has tried to revive the essence of the original fairy tale of The Sleeping Beauty by Charles Perrault. The original story is in fact a barely concealed allegory of carnal lust deferred in which the sleeping beauty retains her chastity until her one true love finds her.

The dramatic tradition of the remarkable dancer and choreographer, August Bournonville, is the keystone of the continuing excellence of the Royal Danish Ballet, and Napoli is his happiest masterpiece. Persuaded by his friend Hans Christian Andersen to travel to Italy, Bournonville was inspired by his stay in Naples to create this romantic ballet, which tells the story of the young fisherman Gennaro and his beloved Teresina.

Natalia Makarova is universally acknowledged as one of the greatest ballerinas of our age.

The content of this television spectacular was chosen to show off the astonishing range and artistry of this uniquely gifted dancer. Some of Makarova's most acclaimed interpretations, including Natalya Petrovna in Ashton's A Month in the Country and Juliet in MacMillan's Romeo and Juliet, are featured in this recording alongside dances created especially for her.

Through the testimony of those closest to Nureyev, this program tells the compelling and hitherto untold story of his last years. It is a documentary about one man’s creative vision, a genius trapped in a dying body. Above all, it shows one man’s desperate struggle to transcend the confines of mortality, doing what he loved most – dancing.